Excellent Leader Training (ELT) has organized leadership training several times in Kupang, networking with Mrs. Elizabeth Luzyana as Trustees of the Tefila Indonesia Foundation. In the middle of 2010, after holding the training, Mr. Budi Utomo suddenly said to Mr. Anton Darmawan and Mr. David Novandi, “We must build a school in Kupang”. Both of them were shocked because by that time they never imagine about pioneering a school. They absolutely had no idea how to arrange the school curriculum or prepare the funds needed. A few moments later, Mr. Anton Darmawan was appointed to lead the project for school construction, which was then officially registered under the name Pandhega Jaya Foundation.

With limited resources, Mr. Anton Darmawan invites young people who are members of the Saints Movement Community Church (SMCC) and Excellent Leader Training (ELT) to be jointly involved in the pioneering project of Pandhega Jaya Christian High School. Many things related to the project, such as obtaining permits for the establishment of foundations, raising funds, buying land, socializing and many other things are completed by selfless young people. Those who involve themselves and work together, all have hearts for the nation, striving for a better nation’s future.

One important event occurred when Ms. Elisabeth Devi Dwi Dutavire and her husband, Mr. Hizkia Ade Kurniawan decided to devote themselves entirely to Pandhega Jaya Christian Senior High School. Then Mrs. Devi was appointed as Principal of the school. Together with two native people from Nusa Tenggara Timur, Mr. Samuel Meha and Ms. Jeni Rodiani Mau, they prepared all kinds of school academic matters. Mrs. Devi did all that while completing her second stratum (master’s degree). Mr Hizkia is now responsible for business units development at the school.

Pandhega Jaya Christian Senior High School applies character-building curriculum based on Christian values and the concept of sharing-life in dormitory. When students return to their hometowns, parents and their own society can feel that there is a great change in their characters. It prove education’s quality that school provided to their students. As a result, in next student admission for second batch, there were many students who registered themselves, but due to the limited capacity of the school facilities, only 25 of the best students were accepted.

At present, Pandhega Jaya Christian Senior High School has gained a good reputation in education in Kupang. Continuing development for schools must start immediately in order to improve the education quality that provided for their students. It has been through a long process, but for the sake of prepare national leaders, there is still a long way to go.
Be our partner, together we build future of Indonesia now.

“To equip future leaders with competence, integrity, dedication and love for the nation”

The Philosophy of the Logo 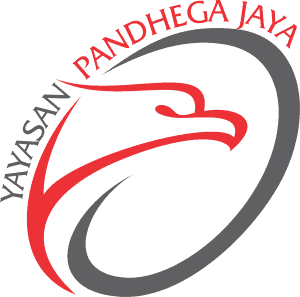